Part 2 – Resiliency: The Capacity To Recover Quickly From Difficulties 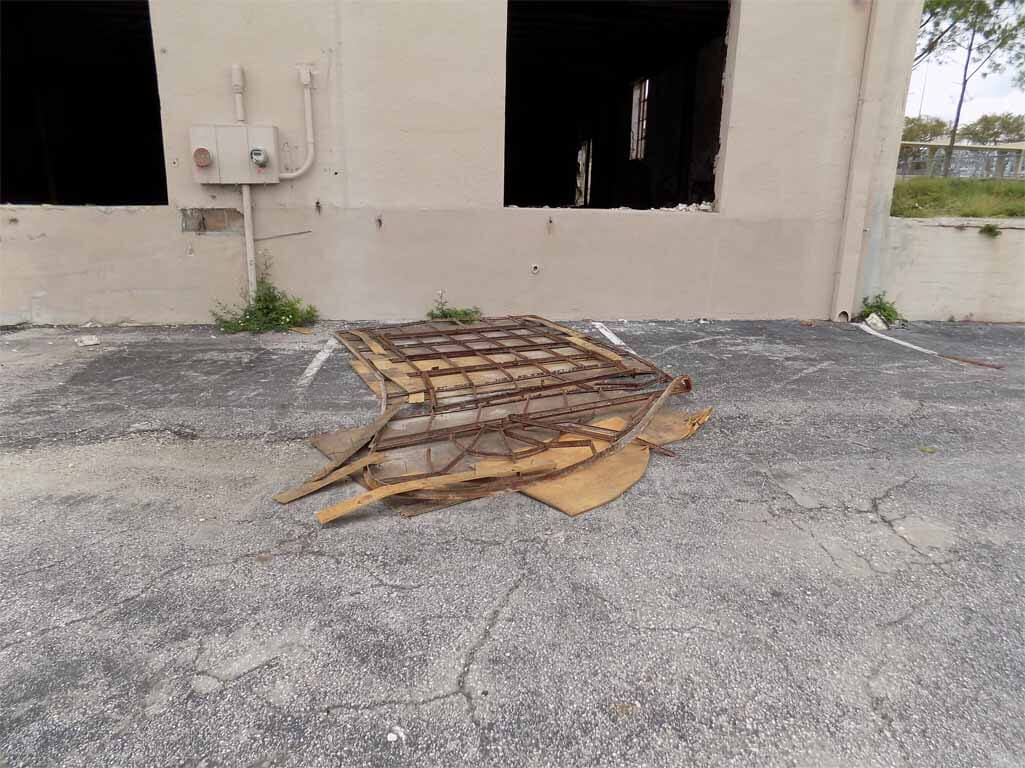 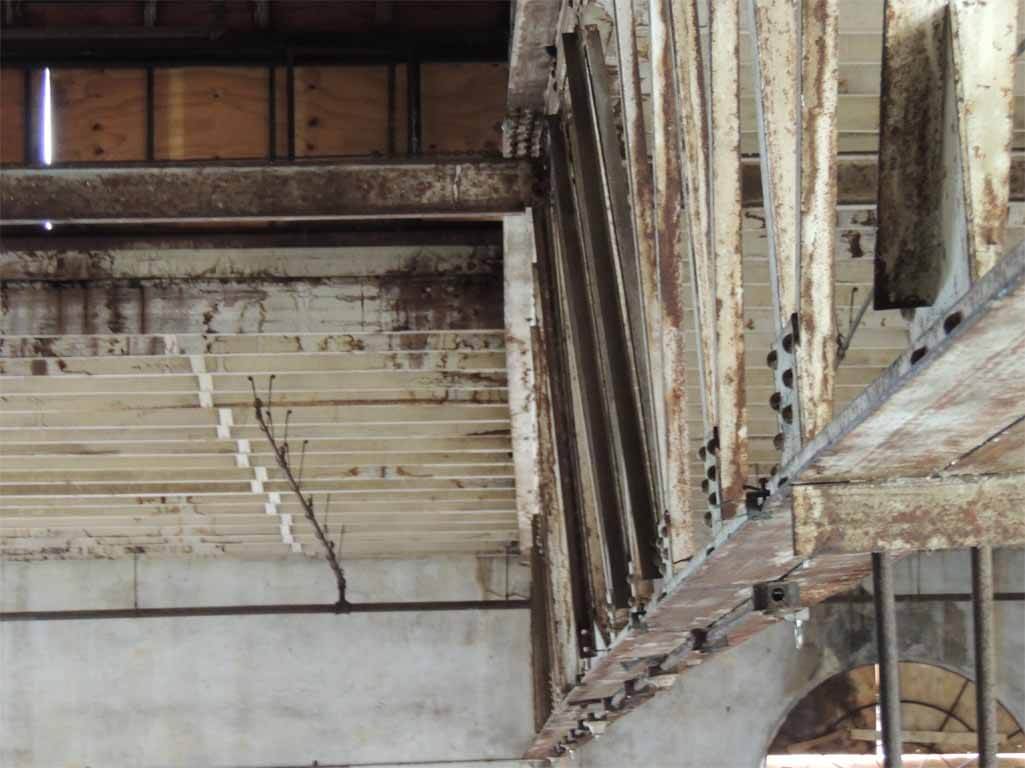 Hurricane Irma tracked just to the west of Downtown Lakeland on September 10 & 11, 2017, with reported wind speeds of 100 mph (Category 2 hurricane). The apparent damage left in the wake of the storm was the prominent lateral displacements and torsion of the 100-foot steel roof girder trusses. Even after planned structural modifications and improvements, the roof girder trusses were still necessary to support loading from the overlying timber roof system and clerestory assembly. The exhibited lateral displacement and twisting indicated structural capacity had been diminished.

The overstressing of the main steel roof girder trusses resulted in unpredictable structural performance. The altered conditions resulted in a dangerous condition and life safety concern. The state of the main steel roof girder trusses was considered to be at a significant risk of collapse. The original restoration design intent of stabilizing the exterior east and west walls with an integrated bracing system through the existing steel truss girders now became economically prohibitive.

Emotionally invested in reviving a historical building, the decision to demolish was extremely difficult. However, with the support of the community, the Lakeland Economic Development Council and the Design Team soon advanced on “Plan B”.